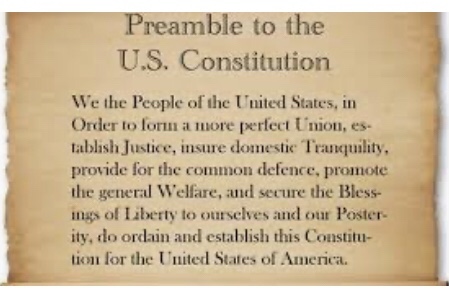 Yes, they do but, I guess it has always been common practice that many read only the same sort of things over and over, books, magazines, and even online things that seldom get them out of their “comfort zone”, that place where beliefs, common knowledge, and long held opinions are seldom if ever challenged. I believe more than anything else that is the root cause of the great divide in this country and around the world. Oh, there has long been a divide between right leaning and left leaning, liberal and conservative, status quo and progressive, but what we see today is a step further. In times passed we disputed interpretations of the facts but not the facts themselves nor the importance of fact finding and fact checking.

I keep hoping people will take a walk on the wild side and read something that causes them to awake from this terrible obsession with self deception. When I was a young and quite ignorant young man of eighteen I joined the Army. My reasoning was that I could not afford college, nor my parents to pay for me to go, so I would serve three years and then my benevolent Uncle Sam would take care of my college tuition, books, and dorm cost, leaving me even a little pocket money so I could concentrate on my studies. It never dawned on me that I might have to serve in a combat zone though my country was already seven years involved in the Vietnam War, till Afghanistan our longest war. It was during my long hot summer in South Vietnam that I became a reader. To take the edge off my homesickness and while away the many long hours I had not working, I availed myself of many many of the free books people sent to the military people serving.

I was raised in the middle of the Bible Belt in a very narrow fundamentalist faith, ultra conservative. On the back bumper of our family car was a sticker that read. “We Support Our Men In Vietnam – America Love It Or Leave It.” I served my assignment in Vietnam and my three year enlistment, less three months that I got out early to attend college. Our troop levels were being lowered so the Army had more soldiers coming home than they knew what to do with.

I have thought a lot about that bumper sticker since 1970. I do not think it is possible to say very much in a bumpersticker, on a baseball or trucker cap, or in a TV or radio sound bite, or in a brief Social Media posting. Still I fear those make up the majority of our reading materials these days and most all of them from sources friendly to what we have already made up our minds are “the facts.”

Most of us were deceived by “facts” that were not real facts regarding the escalation of our involvement in Vietnam. Ground troop build ups began in earnest only after the Gulf of Tonkin incident that was a myth manufactured by those who wanted to crank up the war. Body counts and reports of “winning the hearts and minds of the people” were all doctored to make it look like we, the small group of countries, mainly the U.S. that were aligned with a mostly propped-up puppet regime in South Vietnam were winning. But In reality, just as the French colonial army had been defeated so would this small resistance by the will of the Vietnamese people at large – who wanted only to be free from all outsiders and to decide their own destiny as a people, a very American idea.

Any one who says things like “America Love It Or Leave It” or believes that only one shade of Americans made America Great should read more of the history of the United States of America and not just the Manifest Destiny propaganda long featured in the standard American history text books. Our history has been an over three centuries long struggle to get and keep the facts straight with a series of pitchmen, promoters, preachers, and politicians muddying the waters with their mostly “for profit propaganda.” Don’t get me wrong, there is nothing wrong with a fair profit gained from delivering a fair product or service. But lies perpetrated to steal, kill, break, take, and cover it all up are not “facts” no matter how prettily they are painted, nor how many sell their birthrights to support them.

There is a reason the framers of the Constitution took care in what they wrote down for us and wanted us to read it and live by it. There is always a chance if we read it honestly for ourselves that we might get it right. Or as Dragnet’s Joe Friday used to say, “Just the facts, Ma’am, just the facts.”