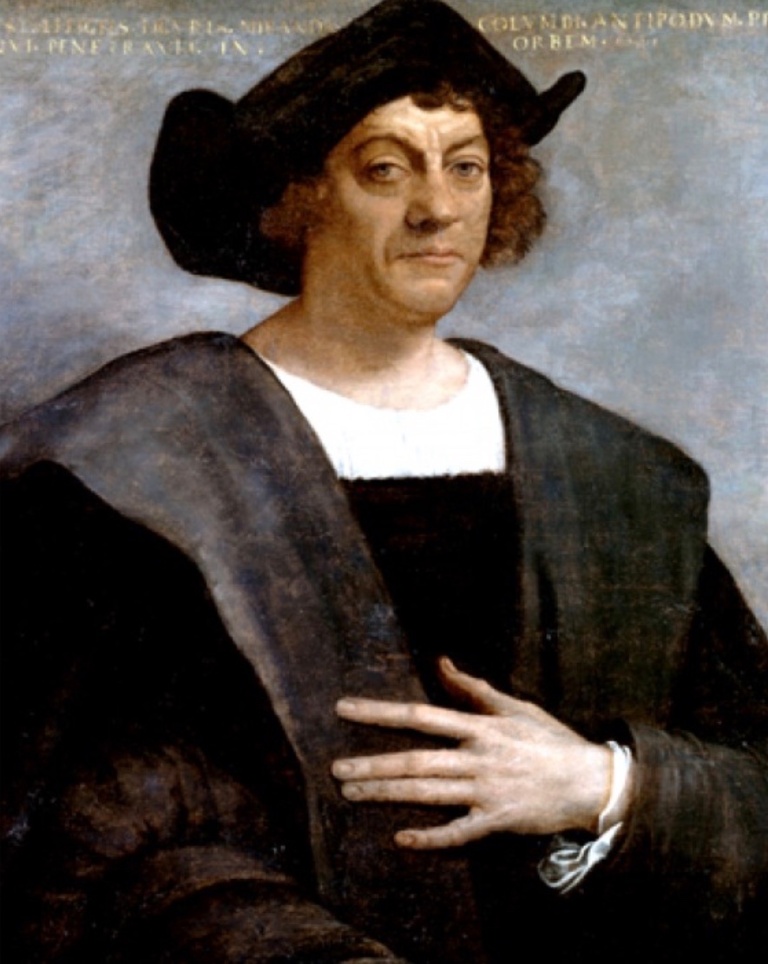 I suppose I really should have written this for blog 1492 or at least on Columbus Day but here it is. Yesterday, I drove from Bloomington, Indiana to Columbus, Indiana for an every two month Inspectors Meeting. Telling someone that I was headed there, I said, Hello Columbus, in reference to the once popular and quite well-known Richard Benjamin, Ali McGraw 1969 movie Good-bye Columbus. Sometimes I give away my Baby Boomer status with my dated before many of you were born references. But, it was a ground breaking movie for it’s time.

Perhaps not many if any of my blogs could be considered “ground breaking” though I do try to till the soil and stir up a little dust from time to time. The line from a Negro College fund raising TV commercial also from years gone by comes to mind, “A mind is a terrible thing to waste.” And it is a great waste of brain space not to entertain a new thought or a new perspective on an old one from time to time.

I read or heard someone say just recently that in most if not all cases that the opposite of the thing we hold most dear, correct, and true is equally so from a certain perspective. That fits so well with the Ying Yang symbolized philosophy of the whole, not this part right and the other part wrong philosophy. Western philosophy in a nut shell, is good versus evil, light versus dark, positive versus negative where everyone must pick a side, where walking down the center of the road, straddling the fence, or abstaining are thought to be cop outs. Nonsense, what is really nonsense is not using the sense we were given to think, to decide for ourselves, what, if anything, we should give our time, money, allegiance, and attention to. Like cattle we submit to being branded. I’m a Ford man, a Cowboy fan, a Christian, a Jew and on and on we divide and subdivide ourselves into all the tiny boxes that pigeon hole us and keep us apart.

I have a real problem only with those who interprets any of the above to mean that anyone who does not subscribe to their “take, angle, perspective” on truth, God, or reality as the only correct one. If anyone is truly enlightened then they necessarily have to be the more loving, compassionate, and humble. Arrogance is a sure sign that ego is in charge and not our higher, best self.

Christopher Columbus had like most of us an driving ego. It drove him to brave an unknown much wider Atlantic ocean than he expected. His actions toward the indigenous people of the New World also show just how hurtful and destructive allowing ourselves to be directed and driven by ego can be. It is reported that his cruel conquest enslavement of the Caribbean islanders resulted in a death toll that was comparable to Hitler’s genocide against the Jewish people in the twentieth century. And, yet, we still celebrate a day for him and have still cities and so much named in his honor. Perhaps it is time to say, “Hello and good-bye to Columbus.” And please my Italian friends, do not get mad at me. Chris, was a long time resident of Portugal and was working for the King and Queen of Spain or else a larger portion of the world would be speaking Italian instead of Spanish and Portuguese.

It is interesting to note that Columbus spent the last two years of his life after completing five voyages to the Americas, which he died believing was China, trying to get back the titles that the King and Queen of Spain had given him but taken away for incompetence and mismanagement. Among those titles lost was Admiral of the Oceans. An earlier voyage to Greece was the closest Columbus ever got to Asia and he never even saw the largest ocean of all, the Pacific, some admiral of the oceans, ego indeed.

Epilogue: Folk of every stripe and color have also committed atrocities following the dictates of ego, none of which we should praise or celebrate, but sadly too often we do, unthinking.