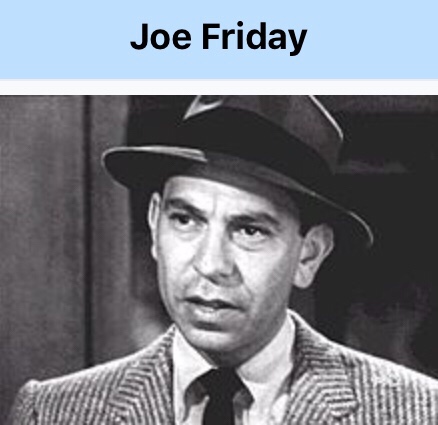 Since I am a writer, singer, and a poet, writing and singing mostly of what I know best, my life, it is quite possible that if I live as long as I intend to live that I might leave behind one if not the most fully documented life of all. The Gospel of John says of Jesus that if all the things that he said and did were written down that all the books in the world could not contain them.” That is true, I think, of each of us, especially those of us who have lived longer than Jesus did, a mere thirty-three or so years in that one body.

The authorized accounts of his life are sketchy at best and were not even written till ninety or so years after he departed this earthy scene. I hate to think how garbled my life story would end up if not written till almost a hundred years after I shuffle off. I actually hope it is more of a skip, my exit stage right. But I do not intend to skip giving any potential biographers a lot of source material to work with. Jesus biographers had only second hand eyewitness accounts and as our judicial trial system proves if it proves anything, it is how unreliable and often wrong even first-hand eyewitness accounts can be. Even the words in red in the Bible thought to be actual Jesus quotes may not be exactly what he said or taught.

I have mentioned the books, A Course In Miracles and The Way Of Mastery that both purport to be channelings of the spirit of Jesus trying to clear up the passed down, mostly word of mouth for a century, garbled version of what he taught and the message he came to bring. Read those books too and judge for yourself instead of letting someone or some group tell you what to think. Remember to ask yourself what are these folks really selling and why and what is it going to cost me. The Good News was offered free, what was it exactly?

The angels were quoted by shepherds, simple folk with no religious agendas nor axes to grind, singing what the baby Jesus came to say to us all, “Peace on earth, good will to men (men in the inclusive – women too.)”

That is a far cry more loving and caring than the Old Testament words carried by the prophets that all seemed to essentially preach the same thing, “You guys have screwed up again and I am going to burn you for it.” That is more a hateful message from angry men than a love letter from a caring God which I think Jesus’ story was intended to be. Messed up as some of those prophetic renderings were even in several of them the “bad ass” God of the O.T. shows himself way more loving and forgiving than his hard nosed and hard-hearted representatives.

Even as messed up as the New Testament account is there has slipped by the censors and gate keepers a few clues as to who the true Jesus was. You hear him most often calling himself the son of man and the meaning is clear, “I’m just a guy, just like you.” Men made him a god and he is, I think, but no more than you and I are. He got mad at a fig tree once for heaven sake and cursed it because it had no fruit on it and hey it was not even fruit bearing season. It withered and died at his word. He made a whip of cords and drove the profiteering moneychangers out of the Temple too. Some things got his Irish up. Didn’t know that Jesus, like Barry Obama, was Irish too did ya? These word pictures of Jesus having a bad day, and that of the whore, and sinner loving Jesus are three of my favorite pictures of him in the Bible. That gory, bloody cross picture is kind of scary. Ask any small child. And then those rather contrived resurrections and those select supposed after death appearances make the Jesus of the Bible seem more like a magician than a messiah. All that sideshow stuff detracts from his message rather than adding to it, which to me after all these years of hearing contorted clips seems really clear – “Love God, love your neighbor, love yourself” – the three are One and they are us. The great “I Am” is us wearing different disguises, not to fool us, but to allow us to find ourselves over and over again through countless adventures, God playing hide and seek with him/herself so to speak.

I hope to leave a clearer picture of the baby, lad, young, and older man named David James White, a somewhat common name for a mostly ordinary guy. No saint nor angel, to be sure, let’s keep that clear. A good boy, trusting, if lusting, but not unlike Jesus really more fond of the admitted “bad” men and women, boys and girls than the pretenders. Fact is we all have feet of clay, “dirty” minds, and desires and usually act on them more often than we like to admit it. Tell my story, tell it all, or I will tell it myself. It is a sexy story often not suitable for children or church ladies. I have known more than a few of those church ladies whose preferences would make Jesus’ and even his and my favorite girls, sexy girls, blush. But those are chapters of my life for another day. Today let’s all just try to get and stay real as the real Jesus and of all our other real brothers and sisters would want us to. The whole point is to see and experience all the faces of God not just the two, or three faced one. And certainly, all you Supremacy fans, not just a one color God. I’m just saying, it takes a village, it takes a rainbow, to even begin to paint a picture of who He/She is, who You are.