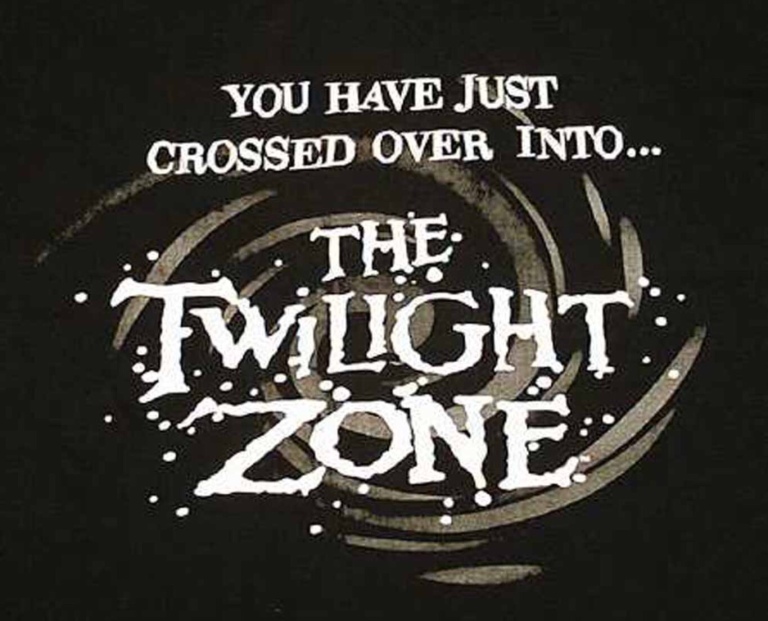 The Twilight Or Progressive Zone

I have come to think that life is meant to be more a progression than it is to be a guarding of the status quote. Most of my young life I considered myself a fundamentalist and a conservative. From the age of ten I attended a very fundamentalist Christian church in a very conservative part of the country. The Deep South was the only place that Barry Goldwater carried, the then thought to be, by many, too conservative Presidential candidate of the Republican Party, in 1964. Today his program would seem a lot less so and actually more Libertarian than Conservative in many areas but still not quite Liberal or Progressive.

I think I know what many of you are thinking – it is not wise to discuss religion, sex, or politics. Well, as Mattie Ross says, in the novella and movie True Grit, “I do not hold to that.” But I believe that no subject is truly taboo if approached with love, compassion, understanding, and an open heart and mind. Do I think I have perfect understanding or that I always get it right? Heavens no, nor would I even want to and cheat everyone else out of the fun of schooling me and also getting to be right from time to time. The last several years I have come to the conclusion that I would rather be happy than right. I am convinced that conservative people are not always wrong nor progressive people always right. There is room for compromise on most issues. The way I do it is by ever questioning even my core beliefs and by discarding those that are no longer serving me.

And I realize this might seem a strange and difficult thing to do for many of you. It was for me for most of my life. I did so love defending the faith, my faith. But somewhere along the way I discovered something, many of the beliefs that I defended most vehemently were too weak to stand on their own or up to even my own honest scrutiny. They were only kept alive out of habit, peer pressure, and constant battling when clearly I really needed to ask myself, “What is all this fighting for? Who is the real enemy? Who is doing it to whom and why?” Often we do not ask these questions because they make us feel uncomfortable. Thinking new thoughts can do that. It is easier often just to hold on to tired, and obsolete even, thoughts and practices because we think that bucking the trend will make us no longer fit in. To heaven with that.

We are individuals and unique and there is room in the great whole for lots of tastes, and takes on things. Opening our hearts and minds to some fresh thinking might just lead to an improved and better world for ourselves and others. A smart man is purported to have said, (It was more likely a women, probably his wife or mother who said it first, and he just listened for once) “Insanity is doing the same thing (or thinking the same thought) over and over and expecting a different result.”

Best friends do not have to agree on everything. Differences far from tearing us apart are intended to compliment. We are not meant to war, nor just tolerate differences, but to celebrate them. I do understand and appreciate the drive and desire to conserve the good things from our past, perceived or real, but I also lean toward believing that many of even the best things from the past can be improved upon and that some should just be allowed to die a natural death because they no longer serve our best interests, if they ever truly did. I site a few progressive ideas that many are coming to accept:

1. Women are just as strong, smart, and capable as men, (If not more so in many cases) and that in just as many ways men are indeed the weaker sex.

2. People of colors other than white deserve as big a say in what goes on as the once exclusive old white men’s club that for too long has decided everything for most of us and got it wrong as many times as not.

3. We are all free to chose whom we love and whether to be single, married, and whether or not to have children. As bad a some people think it is to choose to prevent or terminate a pregnancy no one should be forced to have a child they do not want. And since women have the children, not men, they are the ones who should have the biggest say in that choice. That is my opinion on that matter. I respect your right to your own.

4. We get to choose what and whom we believe but should not feel free to force our beliefs on others. Even the thinking of which might suggest some particular beliefs be consider candidates for discarding because they are toxic to both ourself and others.

As I already said I grew up in Dixie where we were taught from the song of the same name that, “Old Times There are Not Forgotten, Look Away, Look Away, Dixieland.” The first depiction of a Confederate rebel that I remember seeing was a cartoon of an old rebel soldier holding a Confederate battle flag with the caption, “Forget Hell.” I think it high time that we forget hell and that we forgive and forget many other wrong headed and obsolete beliefs and moved on to beliefs that serve us all and better.

Too many today think compromise is the unforgivable sin but perhaps it is stubbornness and trying hold on to things and beliefs that hurt others and ourselves that we should have let go of long ago. Follow you arrow wherever it points especially upward and onward. You just stepped in to the Twilight Zone.