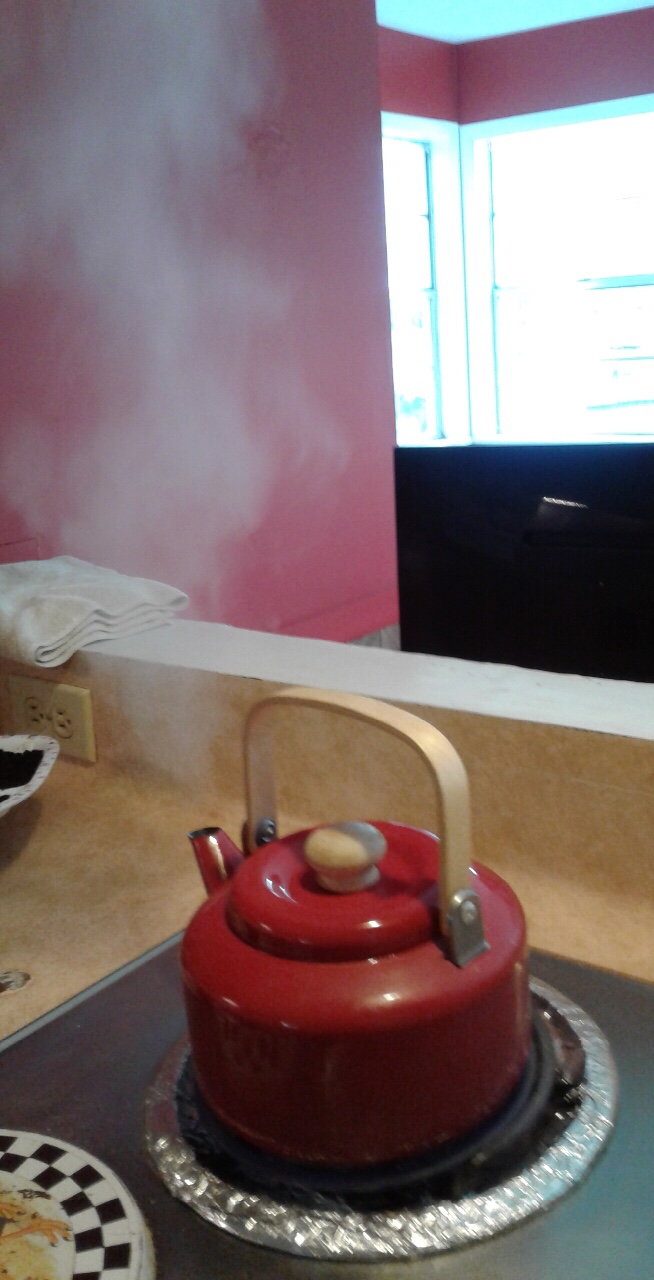 Letting Off A Little Steam

Most of my young life I remember my mom criticizing my dad’s temper. And he had one that mostly revealed itself when he was pushed to the limit by my mother, myself, or my brother but more often by congested city traffic. Dad was a Teamster, a truck driver by trade, and drove for most of the last thirty years of his working life a cement mixer for Vulcan Materials. Those big heavy trucks use the same streets that the much lower, faster cars do only they cannot go as fast, stop as fast, or turn as sharply as the smaller vehicles. But then they can easily mash anything that gets in their way. And I am sure my dad was tempted to do that and often by so many inexperienced, unthinking, and inattentive drivers on the road. Far as I know he did not mash one. But, he did speak to them harshly and loudly often in the family car taking my mom and us boys for a family drive, the last thing he ever really wanted to do after sixty or more hours a week behind the wheel of a concrete truck, but it was what mama wanted most, and he loved her and us, so he did it. He was, I think, a very misunderstood man, by my mom and us boys, who worshipped her too.

Mom always said he was going to stroke out or have a heart attack during one of his traffic rants in the car. He did not and even though he did at almost seventy three have a heart attack or stroke that took him out it was not while driving or ranting but quietly sitting on his bed, taking off his clothes, and getting ready for bed.

My dad behind the wheel of a vehicle using his loudest and most colorful vocabulary was just letting off a little steam. The Bible says, “Be angry and sin not.” As far as I know my daddy never got angry enough to seriously hurt anyone. Oh, when my brother and I pushed him to his limit he would yell, “One of these days I’m gonna get a hold of you two and you’ll never forget it.” Usually uttered because we had yet again awakened him with our boyhood ruckus on one of the few mornings that he could sleep passed six because he did not have to work.

He did get actually get a hold of us but only a couple of times, and he scared the bejesus out of us and mom, her holding his belt arm back thinking he would surely kill us. But he did not, pulling his hits rather admirably for the fury of his thundering pronouncements of impending doom. He was just venting his terrific frustration with us, with his wife, and with his life. He was just letting off a little steam.

We, would all, I think, do well to learn how to as well. My mama, bless her heart, kept too much of her steam bottled up inside her and when she finally blew so did a Smith and Wesson revolver that dad had bought her before he died for her personal protection. She used it to take her own life. Her choice, but something dad would have yelled some loud unpleasant words about had he known what she would end up doing with that gun.

At barely eighteen and in the Army away from home, heart broken over the loss of one of my first loves, I had phoned him asking him to get me a pistol claiming I wanted it for personal protection but really meaning to take my own life with it over of all things one girl, when there were and always are so many pretty willing ones. He was a wise man and said a good right hook or a bar of soap in a sock was all the protection I needed, that my Uncle Sam would take good care of me. I am hear to testify Uncle did take care of me and I lived to hunt two-legged dear again, marrying four very lovely ones and loving several more. In my estimation that is an even better way of letting off a little steam than yelling obscenities like my dad.

Letting off a little steam

Helps prevent a blow out.