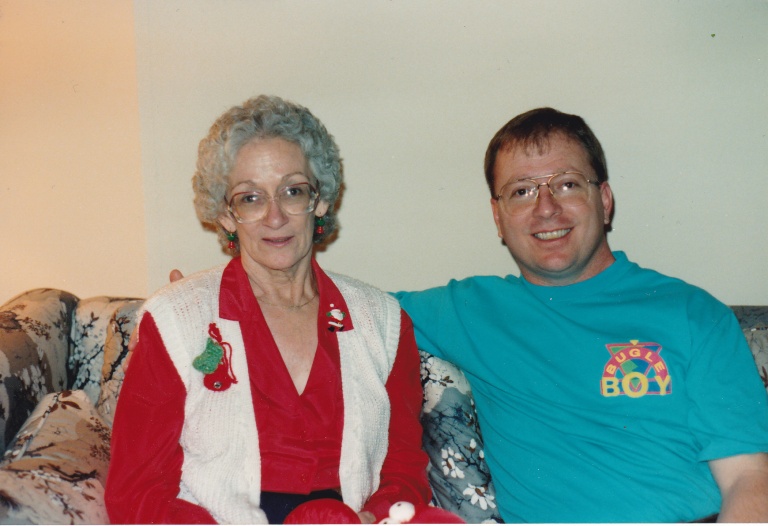 I like most of you I had a mother that loved me and spoiled me, making me believe no one would ever love me as much as my mama. We use terms like “Baby”, Honey”, and “Sweetheart” in large degree to express that kind of tender sweet mother love that we all crave and long for. I picked beautiful and loving women to be the mothers of my children and the two that did have my babies are both such loving mothers. Another had two beautiful children by another husband after me and loved them till her untimely death. And yet another though she never had children of her own has loved and babied many in her life. I would like to pay tribute to all mothers on this Mothers Day including those who never actually birthed a child.

I remember a dear sweet older woman that I met in church as a boy. Sister Kate Slack, we called her, and every year on Mothers Day wearing a white rose for her deceased mother she would cry bitter tears for all the children that she never bore and say, “You know Will and I could never have children.” Oh, but they did and I was one. That little boy in me has tapped into the motherly affections of many women throughout my life and not a few, fortunately for me, with not so motherly affections. That reminds me of a line from a John Mayer song, “Girls become lovers and turn  into mothers so mothers be good to your daughters too.” The song is about fathers being good to their daughters, “cause daughters will love like you do.” It also makes a good Mothers Day song.

Many a great man and woman has said, “All that I am I owe to my mother.” For those who would attempt to minimize the influence of the female or mother in this wonderful human story I would remind you that the male may get a lot of praise and attention but that is because we crave and need it perhaps more. The really great accomplishments are inspired and carried out most often by women or they just would not be accomplishments at all. Women are too often the Hidden Figures. Proud man, you would not be at all but for a woman willing to carry you inside her, at great inconvenience I might add, for nine months, and that just to birth you, not to mention the years of caring for you till you could fend for yourself. To me, to even suggest that a woman has no choice in that decision is arcaic, neanderthal, and ludicrous. Only a man or a male dominated woman could hold that opinion in my opinion. Put your guns and claws away, Pro-Lifers. I am pro life, “I see life in all things and honor it as if it were my own.” I am just saying to suggest that a woman should have no choice in the decision to conceive or carry a baby is just a stupid man way of thinking and to blame that on God is more than presumptuous in my estimation.

Back to those who chose to be mothers or did it anyway my hat is off to you and to those with loving mother hearts who helped fulfill that mother need in us all I salute you as well. It seems to be more often the case that single mothers have to be also fathers but for those single fathers who have to be also mothers to their children I honor you too on this Mothers Day. So many poems have been written honoring mothers that only a fool would attempt another. A job I was born to take on, here goes.

What Is A Mother?

What is a mother?
She is a warm and smiling face
Life would seem less beautiful
Without her love and grace.

What is a mother?
She is hands with a tender touch
To soothe the hurts that come to each and all
She loves and comforts much.

What is a mother?
She is eyes that see everything even at rest
And when she looks at those she loves
She always sees in them their best.

With love and gratitude to mothers everywhere who live out the feminine or great mother polarity principle. For all we may seem two, male and female, human and divine, we are fundamentally One, from the same Source, guided, guarded, protected, and sustained by the same Love and Light. Call her Mama or call her Papa, “Under Her/His wings we safely abide forever.”