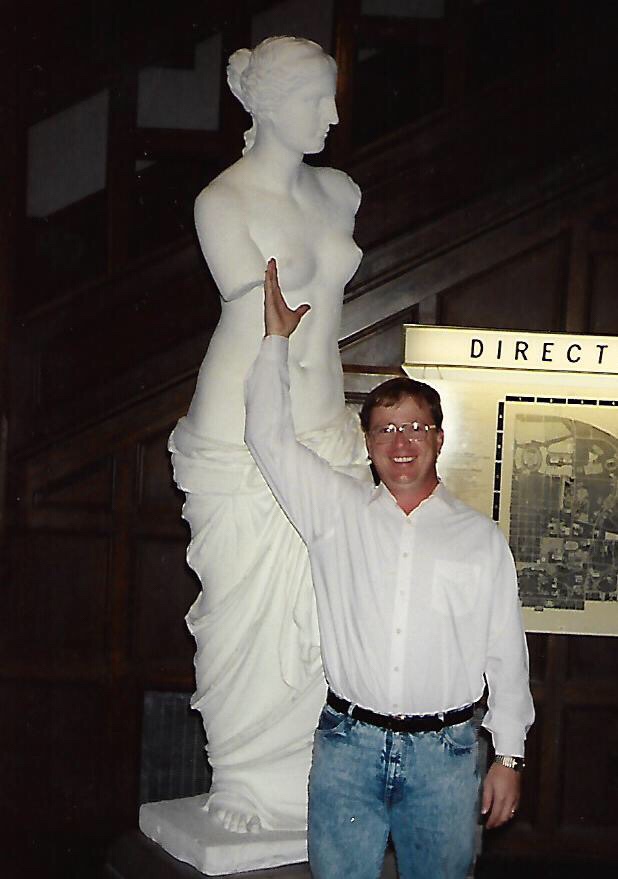 There was a song quite popular when I was a much younger man, many years ago now, that said, “Indiana wants me and but I can’t go back there.” Some years ago I left a very good paying work assignment that I had been on for over a year and a half and though I try not to “burn bridges” I was afraid that I had in that particular case with that particular company. But, then, if we keep the doors open sometimes bridges can be repaired, rebuilt. This weekend it is my plan to head back to Indiana and again work for the same gas utility client that I did contract inspection work for almost four and a half years ago.

I will be working in southern Indiana this time supposedly in the cities of Bloomington, Columbus, and Clarksville. My very first out of town inspection trip was to Columbus, Indiana to check dimensions on some parts that a machine shop there was making for the company I was inspecting for then in Houston, Texas. Actually several years later while working for Mercedes Benz of North America in Houston I was privileged to be sent to help test drive several of our newly released models that year with all wheel drive and assisted braking. I say help test drive because actual professional drivers put the cars through their paces first at the Indianapolis Brickyard Raceway around winding curves made even more dangerous as they were kept sprayed with soapy water solution to make them even more slippery and harder to manage. But the cars and drivers did their work well. And then it was us non-professional drivers who took the steering wheel, with a professional driver co-piloting, both of us wearing crash helmets. What a thrill, making those turns at high speeds and all out on the straightaways. I am so grateful for all of the wonderful opportunities I have already had and for those yet to come.

On that particular trip one of the Field Sales Mangers, also out of the Houston office, came along. He was a University of Indiana alumnus and asked if after our driving adventure I would like to drive down with him to the UI campus in Bloomington and check out the local sights. Married and faithful though I was, my eyes still enjoyed looking at pretty things so I said, “Heaven yes, I’d love to check out some Indiana angels.” So we did. We got there way before dark and the lovely co-eds were out-in force. No hanky panky, well, there was this one alabaster skinned girl that caught my eye, I just could not resist a stollen touch. She was, alas, as cold as marble, though quite lovely. My friend and I had a nice meal after our look around campus and then a long dark ride back to Indianapolis.

The church group that I was a part of from about ten years old till my early forties was headquartered in Anderson, Indiana. On another inspection trip before I started working for Mercedes I drove to Anderson and visited the campus of Anderson University, the Church Of God – Anderson, Indiana’s first church college, visiting briefly with the campus pastor, Don Collins, eldest son of one of my former pastors, Earl Jacob Collins, now long deceased.

Our time here, too, is limited but I am happy to know that I will be spending soon some more of it in the great state of Indiana. It is nice to feel wanted and Indiana wants me and I can go back there.