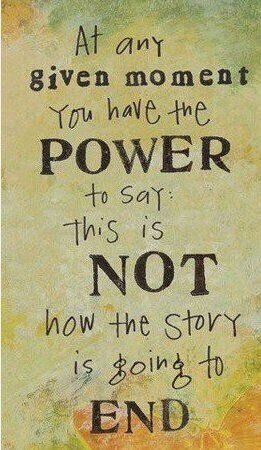 A World Where The Limits Of Reality Are Your Own Imagination

The title is a quote from the movie Ready Player One. I saw the movie about future computer virtual reality gaming a couple of months ago and just yesterday was watching a DVD that had the preview of this movie at the beginning. When I heard the young man from the story say the words about the virtual world in the movie called Oasis, “A world where the limits of reality are your own imagination” I knew that line would make quite a launching pad for a blog.

Here goes. Odd as it may sound to some of you, I believe that is exactly the world we all find ourselves in is. We only fail to see it because we have bought into “the matrix”, the consensus, the status quo – a design propagated to keep power and abundance in the hands of a chose few while all the rest of us live their platitudes like, “Working hard, not rocking the boat, and playing by the rules is the way to survive, get ahead and thrive.” Whose work I ask, whose boat, and whose rules? The one percent (much less) no less except for everyone but them. But if you are not a conspiracy theorist, let’s take a different tact. Let’s let the haves off the hook and put the onus on us for not availing ourselves of The Secret that has really never been a secret. To have every thing you could ever want all you have to do is realize that as the title says so expertly and succinctly “Imagine.”

Every thing that is was first visualized and afterwards realized. Hard work does not make it happen, higher education, nor even talent. There are hard working, multiple degreed, very talented people who never see their dreams realized, but why? Because they get short circuited by the cursed how’s. “How am I gonna become rich, famous, a star.” They short circuit their own dreams by continually planning and scheming and even working hard to achieve. All the while watching it fall out of the sky, so to speak, to the few, who the secret not just know but but into practice.

In plain English the secret, no secret really, is this, just as Jesus and many others put it, “Ask believing and you shall receive.” I heard my friend, Mike Dooley, put it another way just yesterday. “You shall know the truth and the truth shall set you free – not hard work, not worry, not all your schemes about how to make your dreams come true.” What is the truth? It is this – “I am so grateful that everything I could ever want or need is already mine and coming to me at just the right time and in just the right way from my loving and infinite source.” You do not have to make it happen, just decide what you want, put it out there, and watch it come to you or move you to it.” For we all, not just virtual gamers, live in a world where the limits of reality are our imagination.