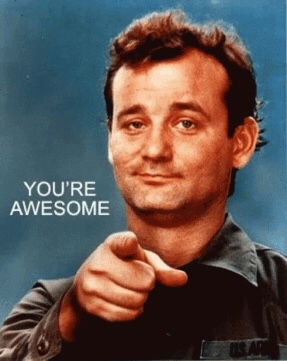 Sometimes I see so much of my dad in me. He loved most to recount stories of his military experiences. They were exiting times for a young man who grew up in the Depression with so little and seeing till that point in his life so little of the wide world. I suppose our lives were somewhat similar in that regard. The nineteen fifties early sixties South was not exactly the Depression but for poor families like mine it was not Leave It To Beaver or the Donna Reed Show either. And it certainly was not for us the golden age that so many older folks especially white conservative men seem to wish to return to. It was a time when women if they worked outside the home were little threat to the patriarchal system being almost exclusively, waitresses, stewardesses, nurses, teachers, or low paid factory workers. And most people of color had it far worse in most cases in the work place. My daddy was a truck driver, a construction worker, laborer. He always found work to do unless it was winter when there was little if any work in those skill sets. My daddy worked hard for over fifty years and in all that time never made even near a million dollars but was still able to buy a home and put some aside, both he and mom working after their boys left home till retirement age.

My dad loved to say of his five or so years in the Navy and Army, his military service from all of 1942 through most if not all of 1946: “It was an experience that I would not take a million dollars for but would not go through again for ten million dollars.” Nobody ever really offered him the cash or he might have changed his mind. In his oft’ repeated stories he revealed that his military experiences were not all bad, far from it. These years if you count all his stories and how often he told them were the best times of his life.

One of the stories that I too like to tell over and over is from my Army Days, Basic Training in particular. This year will mark the fiftieth anniversary of my graduating from high school, joining the U.S. Army, and beginning Basic Training at Fort Campbell, Kentucky. Nineteen Sixty Eight is significant to many for Tet Of 68 in the Vietnam War, the assassinations of the Reverend Martin Luther King, Jr., and Senator Robert F. Kennedy, and also for the tumult at the Democratic Presidential Convention that year in Chicago that unintendedly helped the Republican Richard Nixon win the Presidency.

Long intro for a short story, I hope, you too? The military in my dad’s day, my day, and I assume still today does things “By the Numbers.” That means every procedure, process, and lesson is broken down into sequential steps which are to be followed to the letter to produce the desired result. That is as we were taught, The Army Way. The other military branches have, I trust, a similar take on how to best get things done. One of the many tools we were issued was a protective mask (gas mask) to be worn in a gas attack, appropo of the Syria gas attacks of late. Nerve gas was the great fear then and we were told we had only seconds to don our masks from the moment “Gas” was yelled before immediate nervous system and brain damage would incapacitate and kill us.

By the Numbers the steps were.

2. Take your helmet off. (We trained for this wearing only the lighter fiberglass helmet liner without the “steel pot” outer shell. (Thank God, as you will see and agree later.)

3. Place your head gear on the barrel of your weapon still being held in place by your knees.

4. With your free left hand unsnap the snaps on you protective mask worn on your left shoulder and strapped beneath your left arm.

6. With your left hand grab the straps pulling them further out, up, and over you head while bringing the mask up with your right hand, your chin cradled in the place designed for it in the bottom of the mask.

7. With both hands pull back on the loose ends of the straps tightening the mask snug to you face.

8. Blow out of you nose and mouth to make sure there is no leakage around the seal to your face,

9. Put your headgear back on and return your weapon to your right shoulder.

As a new recruit, Private E-1 trainee, I was scared poop-less and completely clueless. When “Gas” was yelled, in a panic, I immediately took my helmet liner off and was stuck, since I had skipped step one, not knowing what to do next, I was on the first row and a kind talking Drill Instructor, that was scary enough even raw recruit as I was never hearing of such. The D.I. stopped right in front of me, smiled, and said, “Here, let me help you.” He took my helmet liner from my hand, I thought to free both my hands to remove my weapon from my shoulder and place it between my knees where it should have been. But, instead he took the helmet liner by the short bill, turned it upside down and used it like a hammer to hit me on the top of my head three times. That certainly jarred my memory and I recall that the next time “Gas” was yelled and there after that I followed the steps By The Numbers quickly and in order with seconds to spare.

I do not recommend this teaching technique nor condone it but it certainly worked in my case and the knots did go away in time but for at least the rest of Basic Training when any D.I. affectionately referred to us as “knot-heads” I knew he was talking specifically to me so I listened closely, memorizing every word, and every step, By The Numbers.

Still a knot head in many ways,