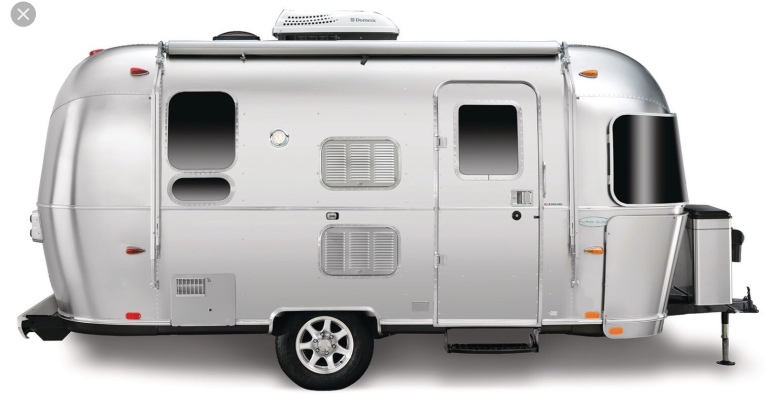 On The Road Again

One more wake-up call and I will be tooling up the road again with my little home on wheels in tow. I have for these last six years lived mostly on the road with some stops longer than others, this last one being over two years. It took a vehicle accident, my wake-up call, to remind me to remember my dream of seeing as much as I can of this big beautiful blue ball while I am still have time.

I picked up my first travel trailer in Green River, Wyoming, just back from a two month work assignment in Kenai, Alaska, in 2012. I pulled it from Green River to Baggs, Wyoming with my Jeep Wrangler. The guy who sold it to me said I could so long as I did not pull it far. For that he said I should probably think of getting a truck. After six months in Baggs, and another five waiting on the snow to melt, I moved my little RV camper to Hudson, Colorado where I had been working for the five months. It only stayed in the campground there for about a month before that assignment abruptly ended. I moved it back to storage in Loveland, Colorado where I also had a 1960 Willy’s Jeep on a car hauler that I had bought while in Baggs. After a short work assignment in Chesapeake, Virginia and another one in Colorado, this time the western slope in Delta, Colorado, where I stayed in extended stay and motels, I moved my camper to Indiana where a three month assignment in Terre Haute turned into a eighteen month one over a larger portion of the state. After pulling the camper back from Loveland, Colorado to Crawfordsville, Indiana, eleven hundred miles, too much for my Wrangler, I had to have work done on it. That was the last time that I moved it with the Jeep. In Indiana I bought a then new 2015 Dodge Ram 1500 pickup truck which makes moving the trailer much easier. I moved it from Indiana, where I had it in storage while I worked part of a winter in Laramie, Wyoming, and then began a job working near Chicago. Both of these assignments I lived in motels again. After the snows melted near Chicago I moved the trailer from storage in Indiana for again one month in the trailer, this time in Joliet, Illinois. From there to Birmingham, Alabama for not even a month long assignment, but it was still less expensive renting a trailer space for a month than paying for motels, plus it is so much easier to pack.

My last move before the one tomorrow morning to Bemidji, Minnesota has been this two year, and two month stay in Lone Rock, Wisconsin. For the five months of both winters I have been here, staying in motels as the campground closes November through May. Yes, southern folks, the winters are longer the farther north you travel, and I love the snow and the cold, too many long hot summers down south, and I swear I must have been a Yankee in a previous life, and loved it. I expect to have a wonderful experience in Minnesota but not nearly as long, as I hope to keep my promise to myself to, “Keep on movin’.”

I have for some time now thought that I would like to live the last thirty or forty years of my life, if I get them, in an Airstream RV camper trailer. (Referring to my current RV trailer as “my first camper” is my way of reminding the Universe and myself that that Airstream, or better, is already mine.) I read a little yesterday about the man who started that remarkable company. He was I think a kindred spirit with the same wanderlust. Since as a teen I watched the CBS show, On The Road With Charles Kuralt, I dreamed one day that would be my life. And it has and is. I have come a long way from that first time away from home, and a very homesick boy in Basic Training at Fort Campbell, Kentucky. I have up to this point been in all fifty States and eleven other countries. Yet, as the Lion King song, Circle of Life, says: “ There is way too much to take in here, more to do that can ever be done.” But I am making it my continuing mission to see and do as much of it as possible while I am still mobile, and this time around.

Soon to be on the road again,

3 thoughts on “On The Road Again”